With Parity and Justice for All

I’m going to go out on a limb and say it: Mental Health is IN right now. Everyone from meme accounts to rappers is talking about it, and working on your emotional well-being no longer has the same taboo it once did.  In fact, some might go so far as to say that your emotional health is intertwined with your physical health (and those of us in the human services field are probably nodding our heads vigorously at this one). Then it follows to reason that if both aspects of our health are equally important, they deserve equal insurance coverage. But is that what’s happening?

Like most things in the world of behavioral health, the answer is….kind of. In 1996, the Mental Health Parity Act was signed into law. It dictated that the annual or lifetime dollar limits in health insurance coverage be equal to medical and surgical benefits. Did this happen? Short answer, no. Long answer, insurers continued to lead policy and utilized the levers at their disposal to reduce costs and ultimately limit coverage. Employers and insurers began to put a larger emphasis on cost sharing, limits and caps on the number of visits with a care provider or number of days in a hospital were imposed, and benefits didn’t extend to substance use treatment. This led to the 2008 passage of the Mental Health Parity and Addiction Equity Act (MHPEA),  which gave advocates  hope that further protections were being put in place to ensure equal coverage for behavioral healthcare. So now that it’s 2019, are we actually seeing parity?

Reflecting on the decade-plus since its passage, what has the MHPEA done for health care coverage? The act has done several important things: it made sure that substance use treatment was included in the parity conversation, it protected mental health and substance use services from being subject to more restrictive cost-sharing and treatment requirements, it ensured equitable coverage for out-of-network treatment, and it gave patients the right to request information regarding medical necessity determinations and reasons for coverage denial. Despite these important steps forward in the battle for parity, implementation hasn’t been easy. Behavioral health providers are seeing 17-20% lower reimbursement rates than their medical counterparts, and the oversight varies wildly from state to state. Advocates such as Angela Kimball from the National Alliance for Mental Illness applaud the Federal law for paving the way for the removal of many of the traditional barriers to mental health treatment, but still feel “much more subtle discriminatory practices” remain an issue.

The “much more discriminatory practices” are what experts refer to as non-quantitative treatment limitations, which includes differences in how plans enact utilization management and define medical necessity, separate deductibles and co-pays for behavioral health services, limited options for in-network behavioral healthcare providers, and lower reimbursement rates. According to the Milliman Research Report on parity laws, this has resulted in  decreased reimbursement rates for these provider’s services and approximately 32% of patients going out of network for treatment (in comparison to the 6% of patients that go out of network for their medical services).

Parity at the state level

One major road block was inconsistent oversight and implementation at the state level. As recently as October 2018, 32 states received a failing parity grade. However, the state of Illinois was a star pupil, with a 100/100 grade. Illinois went above and beyond Federal parity policy by passing Public Act 99-480, which expands upon the MPHEA with provisions to extend coverage, provide education to the public about their rights, require minimum treatment benefits, and strengthen oversight and enforcement of the law. The Illinois statute extended applicability to plans not covered under the Federal parity law, such as fully insured plans for small employers and state and local governmental plans. It also extended the opioid antagonists covered in the plan. In addition, the legislation required the Illinois Department of Insurance to develop a plan for a consumer education campaign on mental health and addiction parity in order to help consumers, providers, and health plans better understand parity under the law. Finally, the law created an interagency workgroup and clarified the enforcement authority as the Department of Insurance. It’s this last piece, the interagency workgroup and clarification of enforcement, that promises continued success for Illinois parity. It promotes continual work, reflection, and analysis of Illinois’s parity statutes and clear delegation of responsibility.

The state of New York is an example of a state who has struggled with parity implementation but is actively trying to bolster its own Mental Health Parity laws. The Mental Health and Substance Use Disorder Parity Reporting Act was signed into law on December 22, 2018, and creates a reporting mechanism for health plan information to the Department of Finance to increase oversight of behavioral health management companies. The insurers will submit data to the department in order to keep track of potential non-qualitative treatment limitations. This is an important first step to identifying bad insurance coverage policy and protecting consumers.

Illinois and New York aren’t the only states who are working towards true parity for behavioral health coverage. Pennsylvania has identified and fined a large insurance company and its subsidiaries for imposed behavioral health treatment, and Wyoming and New Jersey both recently enacted policy for insurers to meet MHPAEA requirements. While the United States might not be at a point where we can safely say we are full parity across the nation, states are taking the steps to get there.

What can I do about health parity?

Glad you asked! For starters, call your legislators! The following states have introduced model parity legislation; contact your state senators and representatives to let them know you want them to support health parity: California, Florida, Maine, Massachusetts, Minnesota, Mississippi, Missouri, Montana, and Nevada.

Don’t see your state here? The American Psychiatric Association has you covered with model parity laws for every state!

At the Federal level, there are several bills that could use your support. Contact your senator or house representative and let them know you support the following bills:

Reach out to your senators and representatives! Make sure that your state is providing you the best behavioral health coverage possible. Your mental health is just as important as your physical health, and it should be covered. The MHPAEA was an important step in the fight for parity, but we are a decade out from its passage and have learned lessons about the act’s limitations. We should be using those learnings to get us closer to full parity. 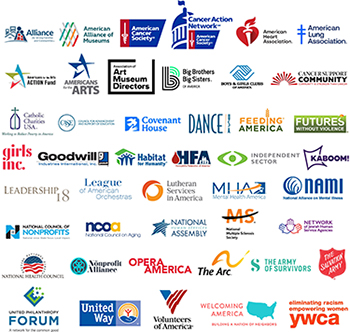 Statement of Guiding Principles to Advance Racial Equity and Justice